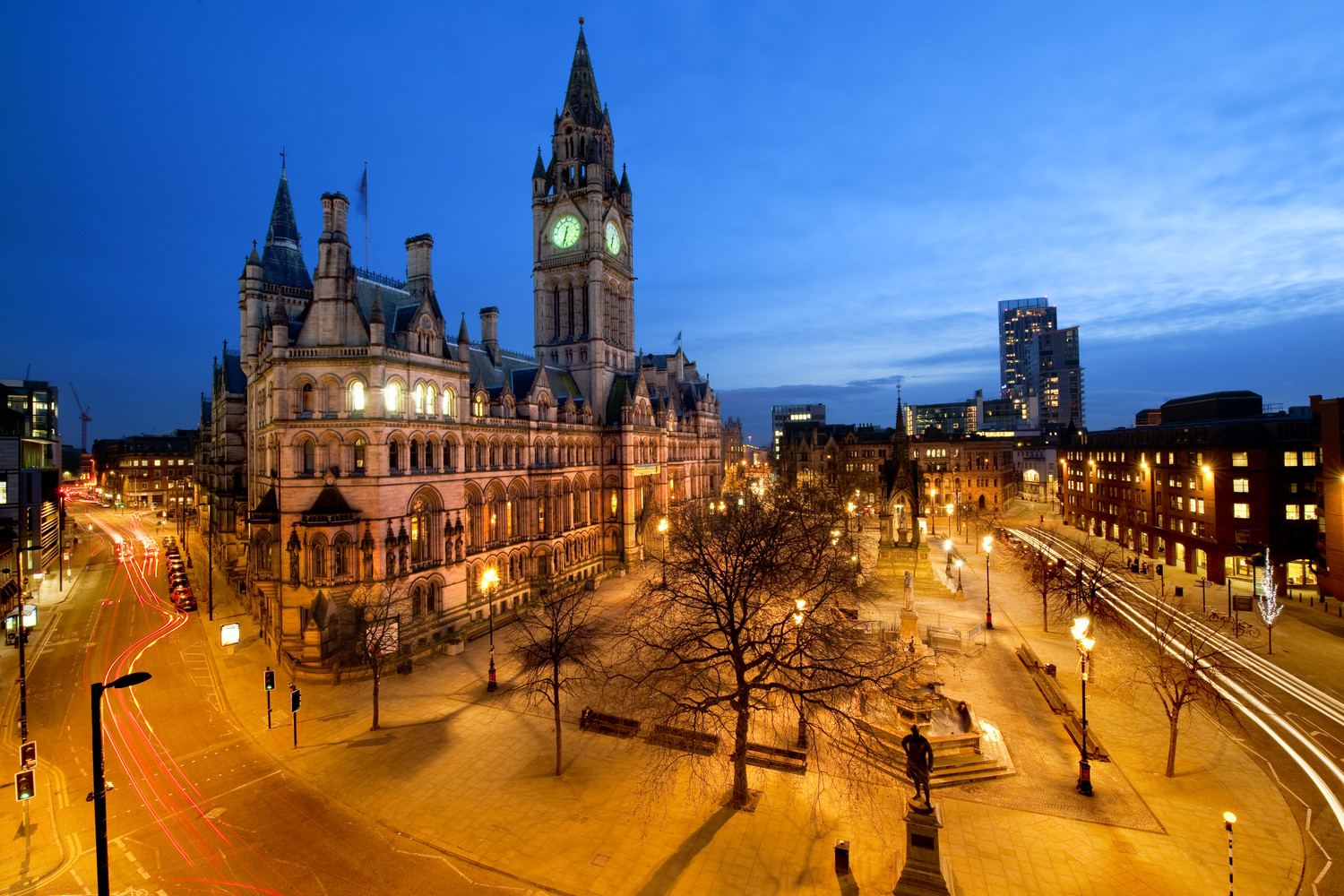 What better place to discover, than a city where discovery is a way of life. The electron, proton and neutron were discovered by scientists who were born or studied in Manchester. The city developed the first true canal in England and the world’s first inter-city passenger railway service. Color blindness and acid rain were first propounded in Manchester which also developed the world’s first standard screw thread system, sniper rifle, industrial estate, stored-program computer, and mass spectrometer. It is the city where the atom was first split. END_OF_DOCUMENT_TOKEN_TO_BE_REPLACED 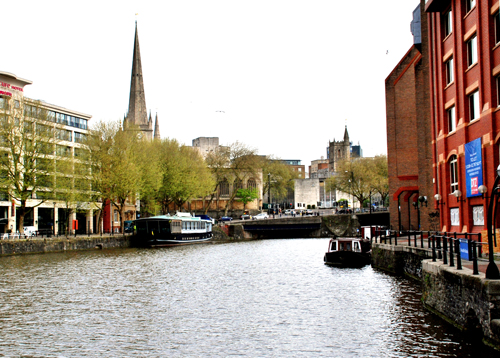 The ships turned Bristol into a focal point of smuggling and the slave trade, and at one time more than half a million people were carried from Africa on 2,000 ships fitted out at Bristol to live as slaves in the Americas. With the advent of air travel Bristol became a natural base for aircraft manufacturers who set up their factories in the city. The aerospace industry together with electronics and creative media industries continue to be a dominant factor in the economy of Bristol. It also welcomes almost 10 million foreign tourists every year making it the UK’s seventh most popular destination. END_OF_DOCUMENT_TOKEN_TO_BE_REPLACED 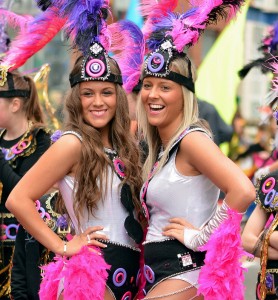 Diverse, multi cultural and known as the ‘World capital city of Pop Music’, Liverpool has much on offer for travellers and visitors alike. With its well known musical history, friendly people and a strong sporting identity, many people are unaware of the culture, art, bustling port and many interesting architectural features that are also an important part of Liverpool.

Whether you fancy walking in the footsteps of the Beatles or taking in some of the rich cultural events that happen regularly, Liverpool has plenty to offer. Take a cruise along the River Mersey, wander through Britain’s largest cathedral or enjoy a meal at one of the many restaurants serving a wide variety of high quality food in Liverpool. Did you know that Liverpool has the largest collection of galleries and museums outside of London? With so much to do you might need more than just a day to explore this fascinating city so if you are looking for a house sitting ‘break’ this could be just the place for you! END_OF_DOCUMENT_TOKEN_TO_BE_REPLACED 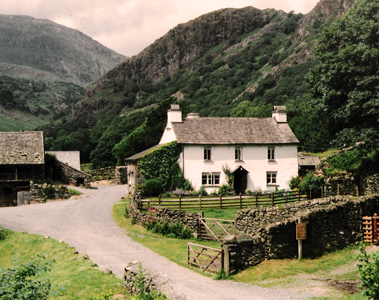 The Lake District is one of the most sparsely populated areas of the country but is the home to the towns of Keswick, Windermere and Ambleside, in which all modern amenities can be found. Many visitors to the area come for the sheer beauty, peace and relaxation that can be found in abundance. Walking, climbing, watersports and many other activities are available during the warmer months, however the Lake district is known to be the Dampest part of the country and the weather be somewhat changeable. END_OF_DOCUMENT_TOKEN_TO_BE_REPLACED

In the county of Somerset, south western England is the beautiful city of Bath. A world heritage site since 1987, the city of Bath is rich in history, culture and architecture. Originally named Aquae Sulis (the waters of Sulis) by the Romans, Bath has for a long time been famous as a spa town and is very popular with tourists, students and locals today.

If you are house sitting in the bath area, why not go along and see what this Unesco listed town has to offer? All of the usual modern day amenities can be found, universities, bars, theatres and arts, which compliment nicely the Georgian architecture, beautiful parks, open spaces and cultural wonders that Bath has in abundance. END_OF_DOCUMENT_TOKEN_TO_BE_REPLACED 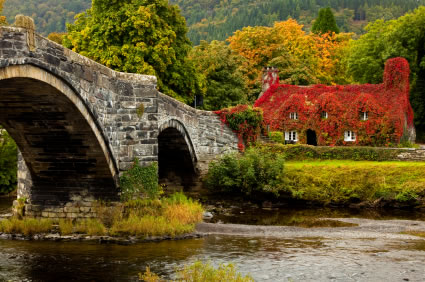 Anyone who leaves home frequently worries constantly about how best to protect the safety and integrity of their homes while away. Of course, there are some measures that most homeowners are already taking to accomplish this. For example, most people who take frequent vacations have at least some kind of home security, in addition to a home insurance policy. But on top of these basic measures, many people prefer an actual, watchful eye on their homes.

It is for these people that house sitting can be an appealing option, and indeed it seems that there is an increasingly large market for house sitting in the UK. In particular, the concept has become somewhat trendy in Wales, where entire services aimed at connecting homeowners and house sitters exist. Ultimately, there are few ways to feel more secure about the home you leave behind while on vacation than to have a reliable, established house sitter watching over it. END_OF_DOCUMENT_TOKEN_TO_BE_REPLACED

When you are a house sitter

in Yorkshire there is an exciting place you must include in your ‘to do’ list! Nestled in Malton, North Yorkshire is a fantastic theme park, zoo and holiday resort named Flamingo Land. Opened originally as a small zoo in 1959, Flamingo Land has grown greatly in size and is now one of the top 12 attractions in England. Home to some of the biggest and best theme park attractions in the country, Flamingo Land offers a fun filled day out for all ages.

Go along and see over 1,000 animals including zebra, baboons, lions, rare and exotic animals and the wonderful flock of flamingo’s that have been a part of the zoo since it first opened and are still breeding successfully today. Flamingo Land Zoo makes all efforts to ensure the animals there are kept in enclosures as close to their natural habitats as possible and also encourages conservation projects. END_OF_DOCUMENT_TOKEN_TO_BE_REPLACED

For a total of 66 days each year the town of Blackpool plays host to a wonderful display of lights, that measures a full 6 miles or 10km’s long. First started in 1879 and still running annually, the Blackpool Illuminations are a wonderful sight to see for any house sitter and the event will be remembered for years to come. This stunning display runs from the famous Promenade at the south end of the town, all along to Bispham in the north.

Blackpool sits on the coast in the North West of England and has been a prominent coastal town since the 1840’s, when the railways first reached it. Still famed today for its cheap and cheerful seaside holidays and miles of sandy beaches, Blackpool remains popular with tourists from all over the world and has a wide variety of attractions suitable for all ages. END_OF_DOCUMENT_TOKEN_TO_BE_REPLACED 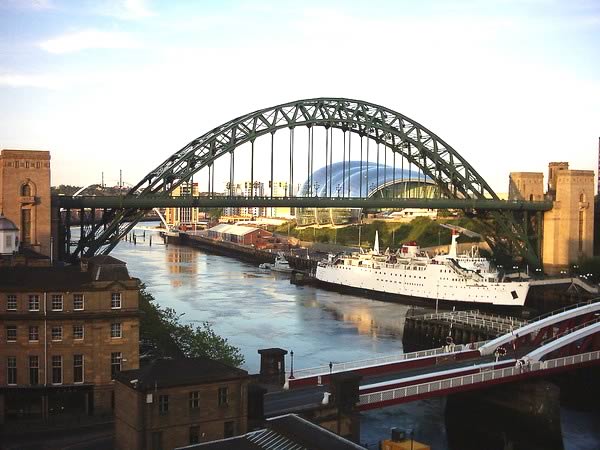 Well known for being a multicultural and friendly city, Newcastle Upon Tyne is home to The Great North Run, which is the second largest half marathon in the world and attended by thousands of people each year. Also home of the Newcastle United Football team and widely known Newcastle Brown Ale, which has been brewed since 1927 and is sold across the world. If you plan to eat out in Newcastle then you certainly won’t be spoilt for choice, with a wide array of foods offered and every taste catered for, from award winning restaurants to traditional British pub grub and much more. END_OF_DOCUMENT_TOKEN_TO_BE_REPLACED 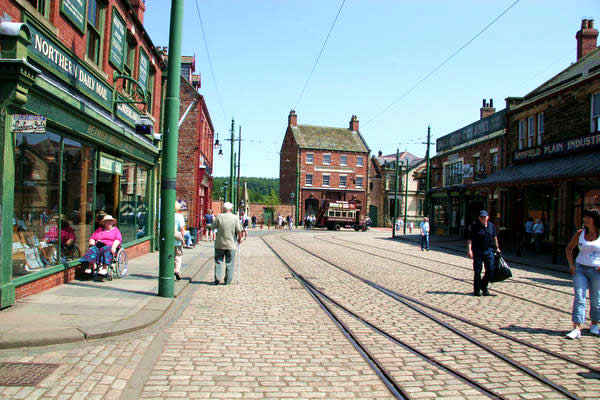 Retrace age old paths and take more than a leaf out of the history books with a visit to Beamish Open Air Museum when House Sitting in the North East of England. This vibrant and lively museum, situated in picturesque County Durham, is only 12 miles North West of historic Durham City and 8 miles south west of Newcastle upon Tyne. Set in 300 acres of varying and beautiful terrain you will find yourself transported back to Georgian, Victorian and Edwardian times for a life sized and interactive experience.

Beamish Open Air Museum opened in 1972 and has received many awards over the years. Their attention to detail and passion to preserve typical scenes from everyday life in the past is astounding. The 300 acre site has a mixture of relocated, original and replica buildings, artifacts, working vehicles and equipment. All sections of the museum have been painstakingly restored and brought back to life to help educate and enthral visitors to the centre. END_OF_DOCUMENT_TOKEN_TO_BE_REPLACED